The Great Commission Foundation (GCF) is a team of skilled administrative and accounting personnel dedicated to using their talents and expertise to enable people to follow God’s calling to fulfill the Great Commission of Jesus Christ. GCF is a registered Canadian charity with Canada Revenue Agency (#85992 8483 RR0001).

OUR MANDATE AND WORKING RELATIONSHIPS WITH MISSIONS

GCF works exclusively with Christian ministries and projects in a dynamic cooperative relationship. Ministries and projects engage in outreach activities and provide on-site personnel while GCF provides essential administrative and accounting expertise to enable them to do their ministry. It is a team effort working towards a common goal: the advancement of the Christian faith, education, and the relief of poverty.

The Great Commission Foundation is a solution for individuals, missionaries, non-profits, charities, churches and project-based ministries. Our goals as a charity are the advancement of the Christian faith, advancement of education, and the relief of poverty. We can help those whose goals align with ours by bringing them on as a GCF project. 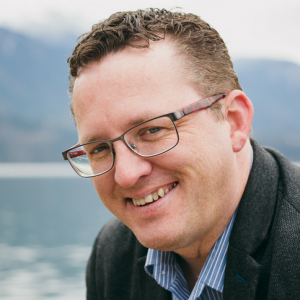 Chad assumed the role of President after serving over two years as Executive Vice President under the direction of Founder Stuart Rempel.  Stuart originally founded the Great Commission to provide estate planning options for Christians, however, he soon became aware of many operating charitable projects and ministries who were unable to receipt donors in Canada. This redirected the course of the Great Commission Foundation which now focuses exclusively on Christian charitable projects and ministry. Chad continues on this course in his role as President & CEO, serving people with the desire to see ministry thrive and the Great Commission fulfilled. Stuart will continue to be involved in his new role as Chairman of the Board, Senior Advisor, and partner in Growth and Development.

Chad Bruneski was raised in a family committed to faith-based ministry. While working through his degree at Simon Fraser University, Chad focused on business administration and marketing. After a successful career of 12 years in pharmaceutical and medical device sales, Chad served as Executive Pastor at his home church before coming to GCF in 2015.

Chad and Sarah Bruneski and their five children live in Chilliwack, B.C. They are committed worshippers and servants at Central Community Church. They also are involved in the special needs and adoption communities having first hand experience in both.